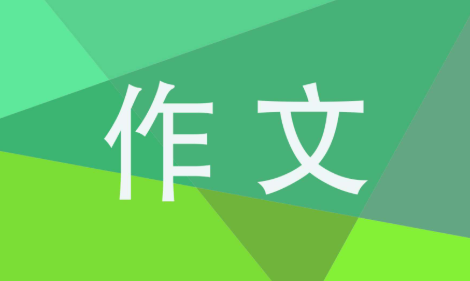 Halloween is for the "All Hallow#39;s Evening"。 However， due to various reasons， Halloween has become the year#39;s most popular and one of the most popular festivals， and many players with great enthusiasm to celebrate this holiday。

Halloween witches and ghosts everywhere to say is just the beginning。 So far in Europe， there are some isolated areas where people believe it is true。 Ancient Rome in November 1 there is also a holiday， which is used to pay tribute to their goddess of Bo Mona。 They bear ribs roasted nuts and apples before the bonfire。 Our own Halloween seems to be a holiday by the Romans and the druid#39;s holiday blend made of。 Halloween activities in the original is very simple， and mostly in the church carried out。 However， in the whole of Europe， it is regarded as a Halloween enjoy slapstick， Jiangguigushi and a good opportunity to scare each other。 So people will no longer be used to praise this Autumn Festival， but it becomes supernatural， witches and ghosts festival。

One of the oldest Halloween traditions comes from the ancient Celts， who lived in western and central Europe long ago. The Celts celebrated a holiday called Samhain on October 31. After sunset that day， people believed that spirits of the dead would rise and walk the earth. The Celts made offerings of food and drink to keep the spirits away.

Beginning about 2，000 years ago， the Roman Empire conquered many Celtic peoples. But Celtic traditions， including Samhain， remained strong in areas such as Ireland and Scotland， even after the Roman conquest.

One story about Jack, an Irishman, who was not allowed into Heaven because he was stingy with his money. So he was sent to hell. But down there he played tricks on the Devil (Satan), so he was kicked out of Hell and made to walk the earth forever carrying a lantern.

Well, Irish children made Jack's lanterns on October 31st from a large potato or turnip, hollowed out with the sides having holes and lit by little candles inside. And Irish children would carry them as they went from house to house begging for food for the village Halloween festival that honored the Druid god Muck Olla. The Irish name for these lanterns was "Jack with the lantern" or "Jack of the lantern," abbreviated as " Jack-o'-lantern" and now spelled "jack-o-lantern."

The traditional Halloween you can read about in most books was just children's fun night. Halloween celebrations would start in October in every elementary school.

Some families even use the system sound effects and smoke machines to create an atmosphere of terror. One night of candy kids get often calculation bags, the whole bag full of bags to move back home. Participants try to bite the game only from the mouth to bite the apple floating in water.

Other games in Ireland, there is a tradition of fortune-telling game, participants blindfolded, placed a few small dishes from the table select one of them, such as the touch of the plate filled with mud, on behalf of the coming year will be related with the participants who passed away, such as containing water representatives will travel, will be filled with money on behalf of fortune, the representative will be filled with beans poverty, and so on. Ireland in the 19th century, girls will sprinkle flour on a plate put a slug, and slug crawling traces of the future husband will look like girls.

In North America, unmarried woman if the legend Halloween sitting in a dark room, you can see in the mirror the faces of her future husband. However, if they will die before marriage, a skull will appear in the mirror. Since the late 19th century, this custom has been very popular, but also related to the sale of greeting cards. Ghost stories and horror movies that are common activities in the Halloween party. The Halloween-themed TV series are usually in the Halloween holiday on or before the play, the object most children.